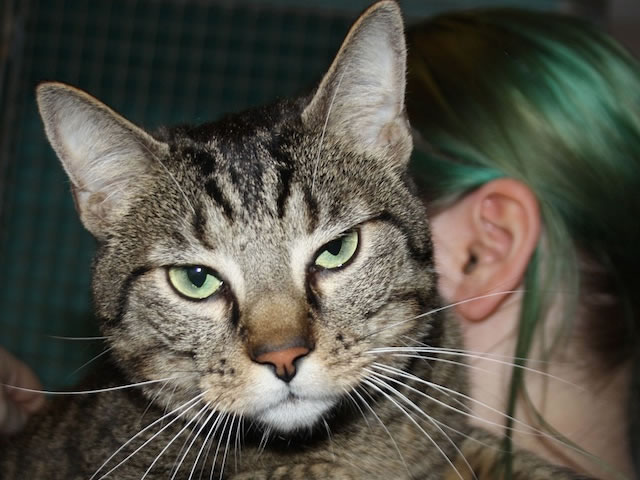 A cat Gyzmo who travelled from France to New York went missing at the John F. Kennedy International Airport. Two days later he was found thanks to the “Where is Jack” group and a dog who is specially trained to find cats.

Relocating from Paris, France, to Brooklyn, New York, Agathe Louvet could not leave her “furry godson”, a 4-year-old cat Gyzmo, behind.

The cat made the flight to New York, but when Agathe went to pick up the carrier with the cat, there was no cat there.

The XL Airways France airline workers told her they did not know anything, but they saw a running cat whom they could not catch.

A friend of the devastated cat mum contacted a special group “Where is Jack” which helps finding lost pets in airports. She wrote on the “Jack The Cat is Lost in AA Baggage at JFK” Facebook page:

“We’ve lost our cat at JFK terminal 4 last night. He was coming from France and escaped while with the airport staff. We’re desparate. he is 4 years old. 16 lbs, a bit shy but just sooo nice. he must be soo scared. I’m based in France but his mom is in NYC, alone, and very stressed. please help us ! his name is Gyzmo. His chip might be on the name of Gyzmo or Zimoi. thank you”

The “Where is Jack” group immediately contacted the JFK airport authority and started the search. They posted on their Facebook page:

“Because Gizmo was lost on secure property, it took many many MANY phone calls (8 hours worth!!) to get clearance to be in the area and bring scent/tracking dogs. And this is after almost 3 years of dealing with JFK/Port Authority. But no matter – it’s going to happen!! (We are very grateful to our friends at JFK for taking our calls today!) “

43 hours later since the cat went missing, Gyzmo was found!

The cat was taken to a vet for a check up. The cat mum (in the middle) and the kids can’t be more happier thanks to the black Lab Casey who found Gyzmo!

The latest update from the rescue guys is: “Gyzmo is now home with his mommy And Only wants to cuddle which is good news. He is such a lovely cat. Thank you again everyone.”

Great Thanks to everyone involved into finding missing pets! 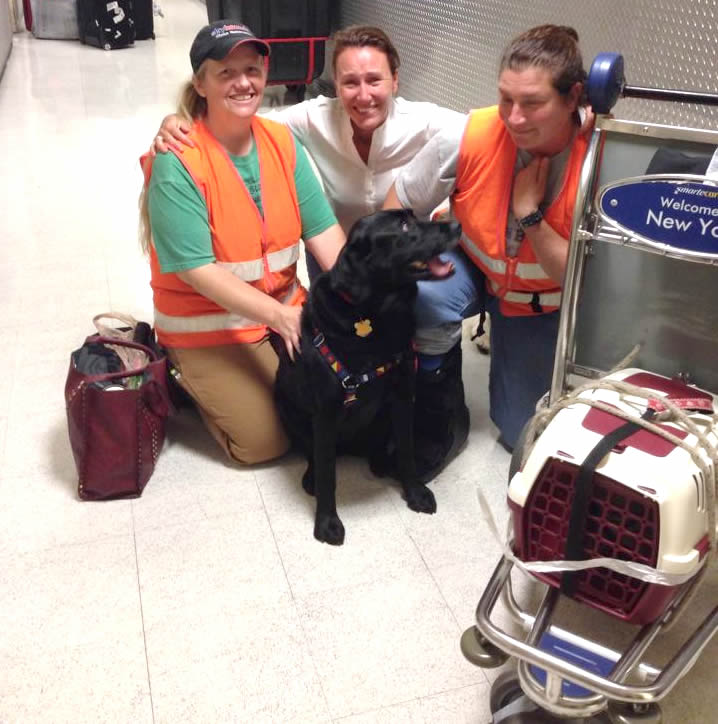 You Must Know: Travel Crates for Cats – Get It Right

When we were relocating our cats to Australia, I’ve done a research on pet carriers that were allowed for use by airline companies.

Every airline has its own regulations on how many cats can be transported on one flight, whether a cat can fly with you in a cabin, and strict regulations on a cat carrier size and secure locking.

I was quite surprised to find those rules on pet carriers’ measurements and safety for pets. We followed the rules, and now I think it was the best thing for our cats. They arrived safely without missing.

What struck me in the video is that the crate, the cat was in, had no secure lock – it was just wrapped with a sticky tape. 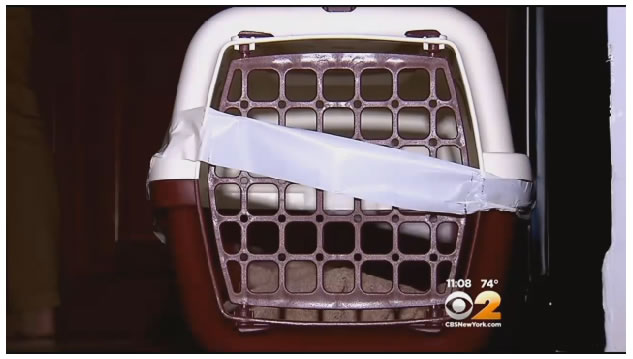 If you ever had a cat, you know how strong they can be when they need to go out. Using just a sticky tape is a recipe for disaster for a stressed cat.

Carriers for travelling with cats and dogs on flights should be IATA approved ones. IATA stands for The International Air Transport Association. It has regulations on how much space, what size and what kind of security a pet travel crate should be.

To avoid unnecessary stress and not to miss a cat, use an IATA approved carrier when you travel with your cat or when your cat travels without you. You can even use these type of carriers for visits to a vet clinic.

As a cat mum or a cat dad, make sure a pet carrier is secure, comfortable, and safe for your cat.

Here are a few airline approved pet carriers that will keep your cat safe and secure, especially during flights:

Cat Carrier 1: With a box for treats and an “inspection window” on the top. Can be secured in a car using a seat belt. 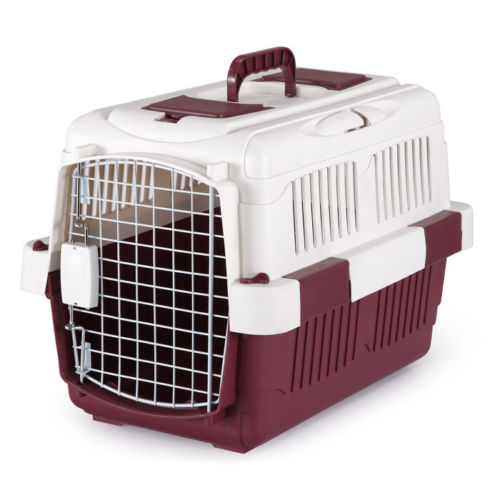 Cat Carrier 2: With a two-sided opening door and a collection gutter for spilled water and urine 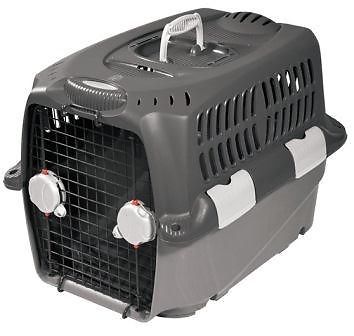 Photo by: Pauline Legay, Jack The Cat is Lost in AA Baggage at JFK, CBSNewYork

Disclaimer: Links to the carriers are our partner links