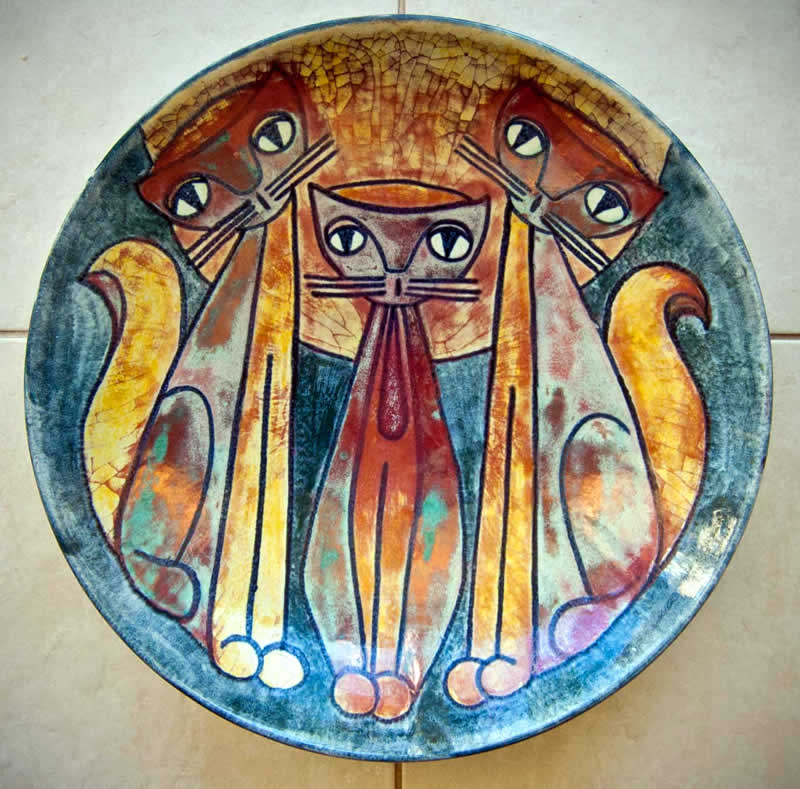 Marianne Starck (born in 1931) is a German ceramist. Since 1955 she was an art director of “Michael Andersen & Son”, the pottery company in Bornholm, Denmark. The business was later bought in 1993 by ceramist Solveig Ussing.

On many of her pieces, Marianne used a Persia glaze – a complicated and difficult to control technique. Persia glaze, introduced by Daniel Andersen in the early 1930′s, produces a crackle finish.

Although Marianne Starck was not a cat-only artist, some of her works feature beautiful ceramic cat art.

Here, kitty kitty! This cat tile was done in the “Persian Technique”, a shaded and crackled base, which won the gold medal at the World Exhibition in Brussels in 1935. The cats are handpainted in a design by Marianne Starck. 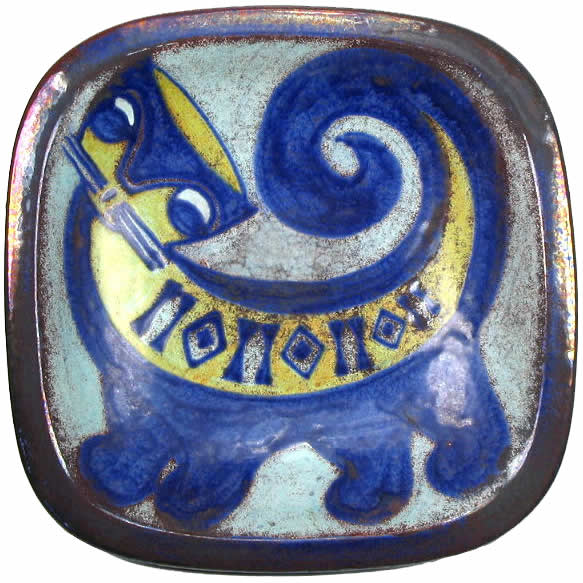 Do you like Marianne Starck’s Cat art on ceramic?

What other artists’ cat art do you like? Share! Upload a photo or a link
Photo by: Marianne Starck
Share With Cat Parents and Cat Lovers!