Cat and Soldier Save Each Other’s Lives in Afghanistan 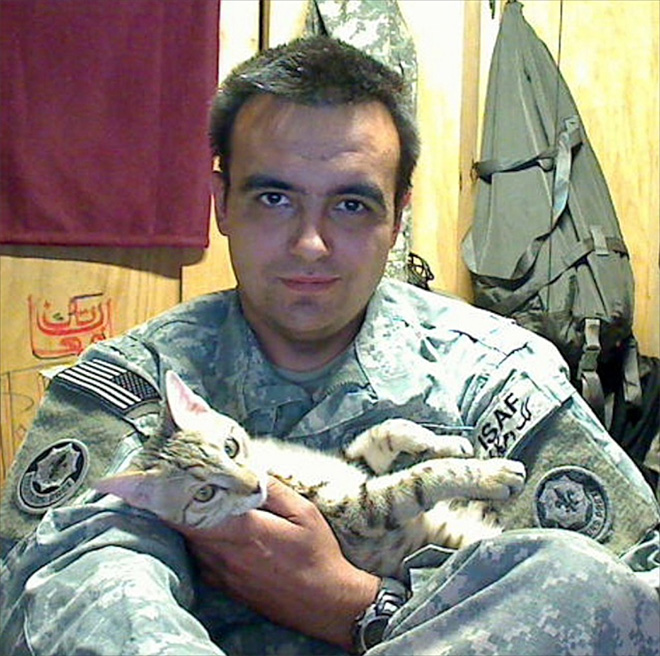 The Oregon City soldier Sgt. Jesse Knott, meets a wounded and bleeding feral cat in Afghanistan at the Army base. The soldier saves the kitty and the pair makes such a strong bond that Jesse makes everything to bring the cat to US, where the kitty waits for Jesse’s return.

While stationed at the Army base, Jesse noticed a blood trail and a roaming feral cat with bleeding wounds. The soldier suspected that local people treated the kitty badly. Jesse decided to take care of the cat and locks him in his office.

Knott named the cat Koshka. Koshka, in Russian, means “a cat”. He cared for the cat Koshka for seven months until the cat fully recovered.

No cats are allowed on a military base, but the Jesse’s commanders made an exception knowing how much cats bring into soldiers’ lives. “(Koshka) gave a lot of love back to me. He was the thing that got me through some of my darkest times on that deployment,” said Jesse. “When two of my friends were killed in a suicide attack I lost all hope. It was my darkest time and he’s what got me through it. Just the bit of compassion and love that cat showed me is what it took to remind me to stay strong.”

When the soldier’s deployment ended, he had to leave Afghanistan, but he could not leave Koshka behind. Jesse contacted the Kabul organisation that helped with necessary permission to bring the cat to US. Jesse’s parents helped with an airplane ticket, which cost about $3000.

Koshka arrive to Oregon City and now lives with Jesse’s parents. The cat is in loving hands and Jesse talks to him via Internet (watch in the video). “I miss him so much. I think about him all the time,” said Jesse. A happy pair will re-unite as soon as Jesse returns home. 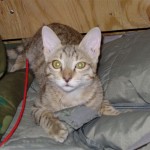 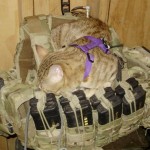 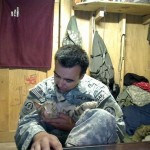 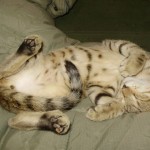 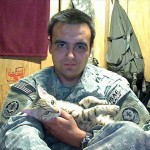 Watch a video about cat Koshka and Jesse: