Smokey the Cat: The Loudest Cat in the World 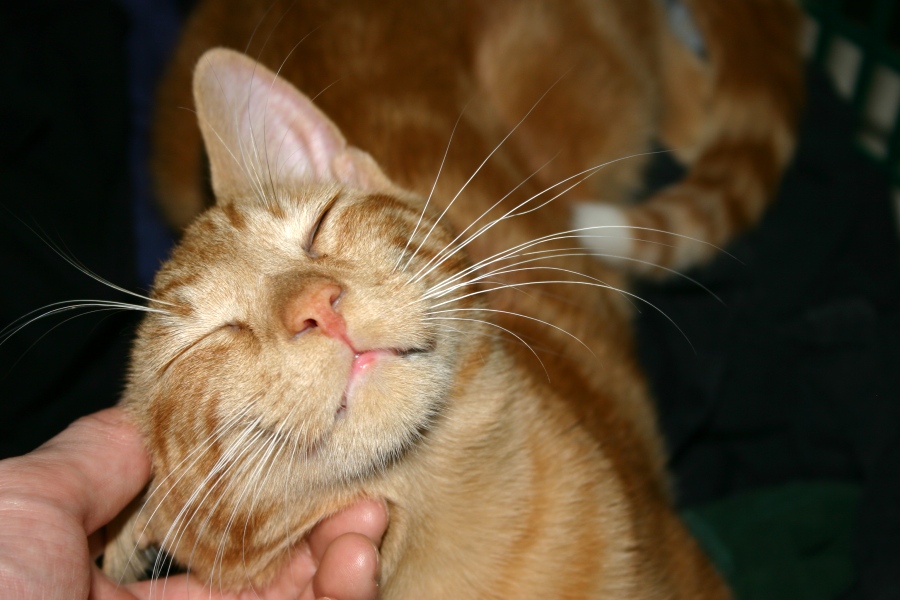 Orange cat is purring. It’s not Smokey though! See a video with Smokey in the article

B Believe it or not, Smokey the cat is the Loudest Cat in the World!

12-year-old ordinary-size feline lives with her owners Ruth and Mark Adams in England. She was adopted by Adams family after passing through several homes.

“She is one happy pussy and she wants to tell the whole world how happy she is.”

Ruth Adams, her owner, let her gray-and-white tabby to participate in a local competition for the most powerful purr. It appeared to be that Smokey has the world’s loudest purr.

Ruth applied for a Guinness World Record. Later it was recorded that Smokey achieved the loudest purr by a domestic cat as of 67.7 decibels.

For instance, 92 decibels is equivalent to a lawnmower or hair dryer and the average cat purrs at 25 decibels. The British shorthair‘s extremely noisy purr drowns out TV shows and telephone conversations.

“She is LOUD, VERY LOUD and keeps going. Her purr resembles a cooing dove stuck in her throat.

Sometimes she purrs so loudly it makes her cough and splutter but this does not stop her singing.”

Smokey the cat, the Loudest Cat in the World, was featured in many radio and TV shows, including Australia ones. Have a listen to Smokey’s sound:

Smokey the cat, the Loudest Cat in the World, has a web site and Ruth published a book about him!

“Smokey is a 12 year old British shorthair cat, who is best known for her exceptionally loud purring skills. Smokey can sing as loud as a lawn mower, hair dryer or hoover! Co-author Ruth Adams, her human owner, was born in Derbyshire and has always been very passionate about her love of animals and the countryside. She studied Art and Marketing at Bournemouth. After meeting her husband Mark she moved to join him on his Northamptonshire farm. Ruth and Mark have two children and share their home with a menagerie of animals.”

Do you think your cat is louder than Smokey the cat?