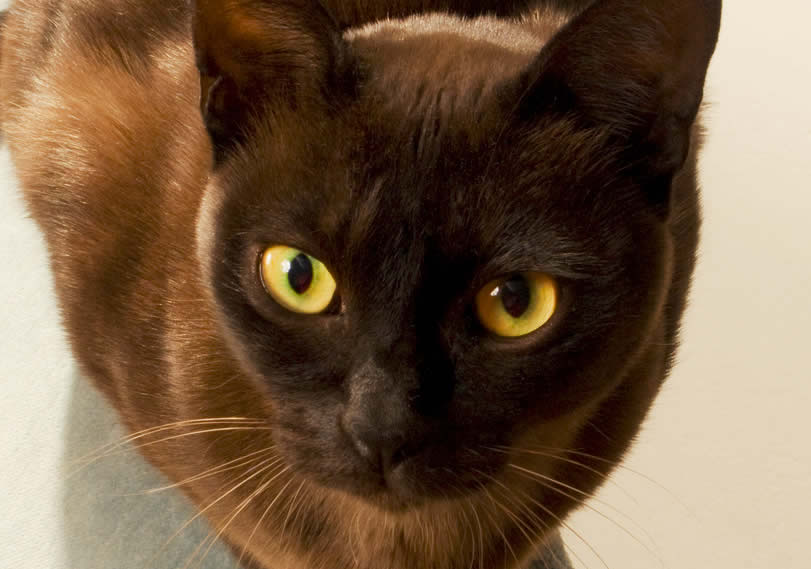 (Burmese Cat (Note: The story is about a different cat)

Not all cats make it after being hit by a car. Luckily Cleo Walker, a 2-year old Burmese cat from North Turramurra NSW, who was recently hit by a car, is making a remarkable recovery after a threat of a brain injury.

Cleo the cat is a part of a family with six kids. The whole family was extremely distressed by what happened. After being struck in the head, Cleo the cat sustained fractures in many bones of the head including the jaw, eye socket, cheekbones, and hard palate of the mouth. When Cleo was brought to Ku-Ring-Gai Veterinary Hospital, she was semi-conscious and crashed into a coma.

Vet doctors were concerned about her head – cerebral edema and rapidly progressing brain injury. The treated her to draw the pressure out of her brain.

“Primary brain injuries involve direct trauma to the brain, which cannot be altered once they are acquired. Further alteration of the brain tissue that occurs after the primary insult is called a secondary brain injury and this can be prevented, managed, and improved with optimum supportive care and treatment.

The brain is a vital organ that requires constant nutrition and oxygen supply. Direct trauma or any deficiency of oxygen may result in bleeding and fluid buildup, which can lead to excessive pressure on the brain. Cerebral edema or brain swelling is often caused by head trauma, but it can also be caused by other conditions such as brain tumors, decreased blood flow to the brain, lack of oxygen, toxins, and metabolic disorders, like electrolyte abnormalities and diabetes.

Cerebral edema can cause complications involving other body systems. Symptoms vary depending on the cause and severity of the brain injury. Common symptoms include seizures, loss of consciousness, bleeding in the eye, ear, or nose, heavy or rapid breathing, and abnormally slow heart rate.”

To get diagnosis vet doctors do a complete history and physical exam, neurologic exam, and laboratory tests. X-ray, computed tomography CT scans, and magnetic resonance imaging MRI can be used to find out more details.

A brain injury is an emergency situation. It requires immediate hospitalization for intensive care treatment. It may even require a surgery. The main goal is to stabilize the cat’s oxygenation, temperature, and blood pressure. Further treatment requires supportive care.

Ku-Ring-Gai Veterinary Hospital suggests that the overall prognosis is good for cats with minimal brain injuries. If no deterioration occurs during the first 48 hours, they have good chance of full recovery.

Cleo the cat was in coma during the first 48 hours. Then her responsiveness increased. To find out whether there was any damage to her brain the veterinarians performed a CT scan. Thankfully the brain was intact, although there were multiple fractures in the skull.

During the following days Cleo the cat showed good recovery progress. She became more vocal and was able to sit and have a little bit of food via a feeding tube.

Cleo the cat was let go home where the loving family nursed her.
Cleo has now made an almost complete recovery!

The story is based on material from Ku-Ring-Gai Veterinary Hospital (North Turramurra, NSW, Australia)
Photo by: Robert Couse-Baker
Share With Cat Parents and Cat Lovers!